Business Accountability Lessons From My Fitbit 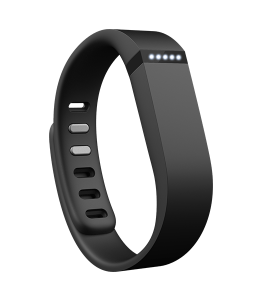 I’ve been using a Fitbit since January of last year, and over that time, the device has taught me some things about business accountability which I think are valuable for small business owners. I think a fitness tracker of some kind is a valuable tool, both for keeping more active and for learning about yourself, and what it takes to keep yourself going, even when you don’t want to.

Admittedly, I’m highly self-competitive, so my Fitbit is a tool which works well for my personality. Your mileage may vary.

1. My Fitbit keeps me honest

I use my Fitbit in conjunction with a weight loss app called LoseIt. Between the two, it’s pretty hard to lie to myself about how much exercise I’m getting or how much I’m eating. However, Fitbit requires virtually no input from me. As long as I’m wearing it–I only take it off to charge it or to shower–it’s doing it’s thing and recording my activity. LoseIt requires more input from me, and yes, I do slide in my recording. However, at least something is recording me and keeping me honest.

As business owners, we need to implement some system to keep us honest, especially about our productivity. It’s easy to tell ourselves we are being productive when actually we are wasting time. I haven’t yet found a productivity wearable that works like a Fitbit, but maybe Apple will figure out how to make the Apple Watch smart enough to automatically track productivity. I’ll buy one if that happens. Until then, I make due with my manual systems, but staying honest in one area of your life, like exercise, makes it easier to stay honest in other areas.

2. My Fitbit pushes me

As I said earlier, I’m self-competitive, so I want to make my daily goal of 10K steps. I hate not making the goal, so I do whatever it takes to hit 10K. If that means an extra walk around the block to get those last 500 steps, I’ll do it. If I’m having a busy day, I’ll find a way to squeeze in enough exercise to make my goal.

As business owners, this is an important lesson. We have conflicting priorities. We need to market our business, work with clients, do boring admin work and more. That’s not even including finding that elusive thing known as personal time. Having clear goals helps. I have created definite goals for September because I know, in advance, that it’s going to be a busy month, and there are things which need to get done by the end of it. Having those clear goals makes it easy to both stay focused and say “no” to anything which won’t get me closer to achieving them.

3. My Fitbit makes me more creative

I like to meet my goal of 10K steps, but I also like to mix up my exercise to include both walking and exercise biking. Riding my indoor bike doesn’t add to my steps, but it is valid exercise, and I’d like to both track it and have it apply to my step goal. It took some doing, but I finally figured out a way to wear it so that my biking motions register as steps.

As business owners, we sometimes need to be creative in figuring out ways to meet our goals. Don’t assume something isn’t possible until you’ve exhausted your creative options to make it work.

4. My Fitbit lets me know when it’s okay to stop

Some days I am just tired and feeling overwhelmed by “shoulds.” Exercise is often one of those “shoulds.” However, as long as I’ve reached my goal of 10K steps, I know I’ve done the minimum required amount. Some days, I make my 10K and just stop. That’s okay.

As business owners, it’s tempting to just keep on working. There’s always more work which could be done. We never really run out of things to do. However, you need some system in place to tell you, “It’s okay. I can stop now.” Introverts particularly need this when networking, which is why I suggest setting a goal for an event so you know when to stop.

We can do it in other areas of our business as well. I have three different projects I’m working on right now. I can’t accomplish them all this month, so I’ve decided one is on the back burner for now. As long as I’ve made some progress each day toward my other two projects, I can stop at the end of the day and know I’ve done enough. It’s kind of like my Fitbit buzzing on my wrist to let me know I’ve met the daily goal. If I have enough energy to do more, I can. But I don’t have to.

So there’s my four business lessons from my Fitbit. I certainly never expected to learn so much when I bought it. I thought it would just help me track steps. Do you have a story about lessons you learned from an unexpected source?